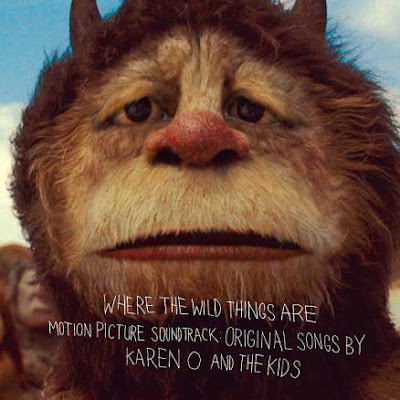 Things are about to get Wild. The Where the Wild Things Are soundtrack unleashes itself today. Dreamy and fanciful, the youthful essence of the story is maintained in the soundtrack. A choir of children chime in at different intervals and choruses throughout the album, giving root to this theme even more. The Queen of the jungle, so to speak, for the soundtrack is Karen O of the Yeah Yeah Yeahs.

Karen O may be the ring leader but she had a slew of helpers, referring to the group effort on the soundtrack as Karen O and the Kids. According to the product description on Amazon which is quite detailed and informative, this is the rundown of who contributed to Wild Things:

The concept, a bit unusual for a soundtrack, maintains a steady consistency throughout the record. Maybe this consistency is what director Spike Jonez was going for, having Karen O and the Kids take full reign of the soundtrack. However, I must admit, with a storyline capable of procuring so much creativity, I certainly would have been curious to see what a variety of artists were capable of producing. Either way I can’t believe October is TWO days away! Which means we are mere weeks away from the movie! (October 16th!) I can’t wait!