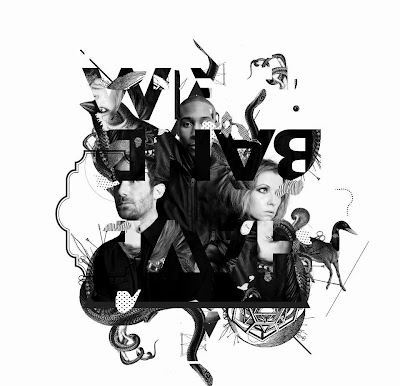 We Have Band just released their new single, “Where Are Your People?” off their upcoming album Ternion set for release in January. The digital download of the single also includes two covers: The Horrors’ “Still Life” and Washed Out’s “Within and Without.”

In conjuction with the release of Ternion, We Have Band will also feature a deluxe edition featuring a deconstruction of the record titled, Ternion Aside. “It was inspired by The League Unlimited Orchestra’s ‘Love and Dancing’ Album,” Says Thomas, “The idea of taking component parts from an original album recording and re-imagining them – creating a new and unique piece of music from what already existed whilst trying not to take a conventional remix approach. The 1st 5 tracks from ‘Ternion’ all worked within this concept and we love the way the music becomes something else.”

Listen to ‘Where Are Your People?’ below. We Have Band just finished shooting the video, which was directed by Alex Turvey (Bright Eyes, Grizzly Bear, MSTRKRFT), so you know it’s going to be amazing.

Where Are Your People? by We Have Band