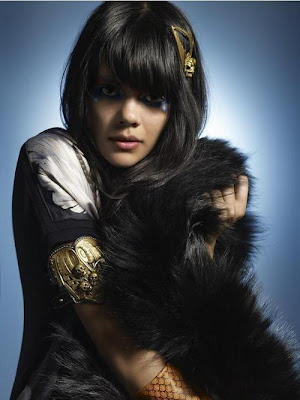 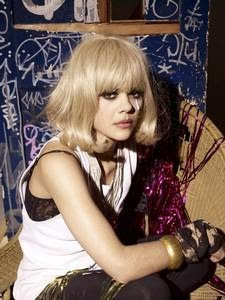 Bat For Lashes’ new album comes out next week (April 7)! The ethereal enchantress is back with more airy delights. Her new album Two Suns is all about paradox. Apparently Beyonce isn’t the only one with an alter-ego; songstress Natasha Khan reveals her own dual personality on the album: Pearl. According to the press release, Pearl is “the destructive blonde femme fatale that represents one extreme of her personality. Pearl’s troubled obsession with childlike escapism and self-absorption opposes the wild and mystical desert being who represents Natasha’s more spiritual self”

The album contains existential elements where Khan explores layers of her identity. Double moons, double planets and the idea of a pilgrimage weave through the songs. The journey of self-discovery unfolds from one song to the next. Two Suns is a great follow-up to her acclaimed 2007 album Fur and Gold.

Check out the new video for the irresistible “Daniel”