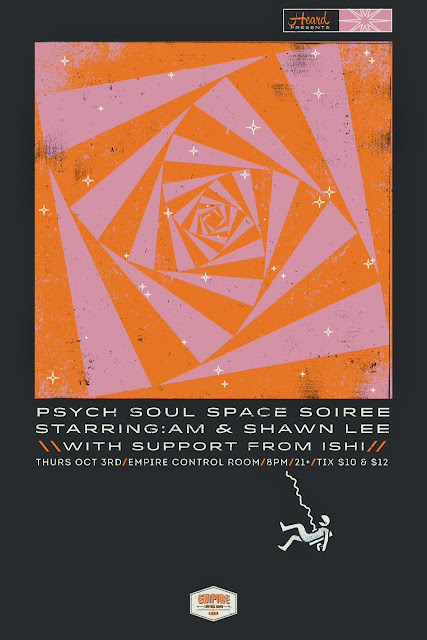 This happening will have your head spinning and feet stepping to the solar system’s spaciest synthesizers, plus 300 degrees of cinematic supernova visuals.

So grab your lunar ray, throw on that pinky ring, and touch down at Empire, for a tripped out evening of gravity free grooves, funky moves and cosmonaut cocktails.

AM & Shawn Lee
Slightly obsessed with sonic oddities like cosmic funk, global psychedelia, spacey soul, and events that bring all these into the same orbit, AM & Shawn Lee (of Shawn Lee’s Ping Pong Orchestra) touch down at Empire in Austin on October 3rd for the most far out fete of the celestial season.

ISHI
In 2006, JT Mudd & Brad Dale created ISHI with a vision to blend traditional instrumentation and electronic production. The result was a sound that captured the mysticism of their Muskogee Creek Indian heritage and their set perfectly celebrates the beautiful native land through a truly unique multi-sensory experience. The Dallas Observer named them 2010 & 2011 Best New Act & Best Electronic/Dance Act, but you’ll have to see them to believe the magic that is ISHI.