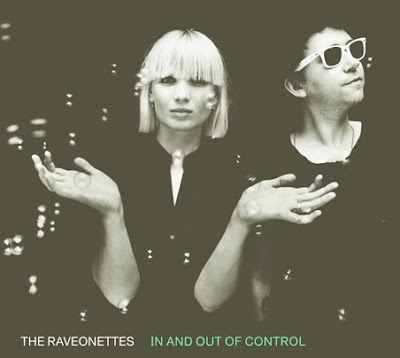 It’s just Monday and already this week is In and Out of Control. The Raveonettes, Sune Ruse Wagner and Sharin Foo, release their new album tomorrow which was truly a collective effort. During the writing and recording process the Danish duo posted demos on Twitter and asked followers for their creative feedback. The result? One of the first albums developed and molded with the shared help of an online fan base connected through social media. Pretty revolutionary, huh? It’s great to see artists out there who really understand how to reach out and connect with their fans given all the avenues available to us now to do so.

But back to the album itself: As Prefixmag describes on their Web site, “In and Out of Control splits the difference between the group’s earlier proto-rock pop and the purposeful aural destruction of Lust Lust Lust.” While the Danes claim this is their popiest album to date, it may be deceivingly so. One look at the track list, and you quickly realize heavy lyrics are buried under these softer melodies. From titles like “Boys Who Rape (Should All Be Destroyed),” “Oh, I Buried You Today,” “Suicide,” and “D.R.U.G.S.” one wonders what the motivation/inspiration behind In and Out of Control exactly is.

Strung with gentle harmonies and chords throughout, The Raveonettes stay true to their creative dynamic, producing a product that reigns consistent to their sound.

Watch the video for “Last Dance” and check out the ominous, yet auspicious new album tomorrow!