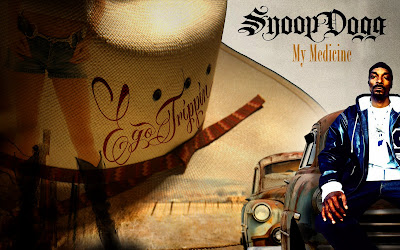 Forget the flashing lights, it’s time for some honky tonk blusin‘. It seems that a number of rap guru’s are spreading their wings from busting a rhyme to belting a tune as of late. Snoop Dogg in particular, recently released “My Medicine“ from his latest album Ego Trippin‘. Dedicating the song to Johnny Cash, he crowns the music legend “a real American gangsta.” Snoop pulls out all the stops, rockin his western duds and of course the essential cowboy hat. Singing behind a pair of dark shades, he still looks pimp. Husky and gritty, his voice drones over the mic, while Whitey Ford strums along on the gee-tar.

It is a solid effort for someone stepping out into uncharted territory. I for one, am quite impressed. Snoop sparkles like Dollywood, and shows off his range and talent as an artist. But don’t be fooled, this ain’t no old-fashioned hoedown. So get out those cowboy boots, and get ready to drop it like its hot.

Who else has experimented in the rap genre? Forgoing his rhyming, Kanye West released “Love Lockdown.” Mike D of the Beastie Boys released Country Mike’s Greatest Hits in 2000, and then there’s my personal favorite: “Dangerous” by the Ying Yang Twins, featuring Wyclef Jean (If you haven’t heard this song, listen to it ASAP!)