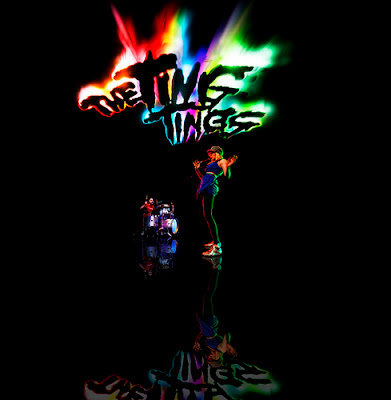 The Ting Tings have been working on a follow up to their debut album We Started Nothing, and announced this week that the new album will be called Kunst (art in German).  Stationed in Berlin to write and record, they duo was inspired by a massage parlor around the corner from their recording studio called Massage Kunst.  What do you think of the name?  I like it, even though there are plenty of cracks already being made about Kunst’s similarity to another word, being used by some to describe their not so favorable feelings towards the band.  It’s simple, but it seems fitting.  Berlin is a cultural mecca, where so many artists visit to create and be inspired, so why not Kunst? Either way,  I can’t wait to hear what the Ting Tings have come up with this time around.

Also keep an ear out for ‘Help’ and ‘Hands’, two songs that will be on the new record! Read full article on NME here.  The Ting Tings have also been nominated for a Grammy in the Best New Artist category.  Congrats to them!  Don’t miss the show, January 31st!