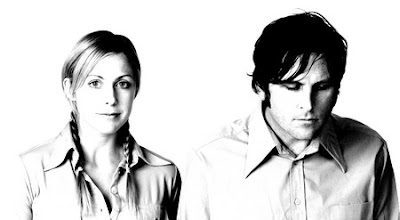 The Submarines are a pretty amazing duo, not to mention they are happily married. Their discography chronicles the ups and downs of their relationship. Declare A New State! is a melancholy reflection of the couples breakup back in 2006. Prior to releasing the album however, the couple reconciled and not only got back together but got married. Their follow up album Honeysuckle Weeks released in 2008, takes on a completely different vibe. The couples elation emanates from the melodic songs. Most recently however, the savory duo released some remixes off Honeysuckle Weeks that is getting people buzzing. The remixes pulse with turbo-charged rhythms. So if you are looking for something fresh and new, look no further.

Then there is also the Tonetiger Remix of “You, Me and the Bourgeoisie” (credit to chromewaves). I’m sure many of you are familiar with the latter song as it appears in the iPhone commercials.

The Submarines are really talented so if you like the remixes you should definitely check out the rest of their stuff!