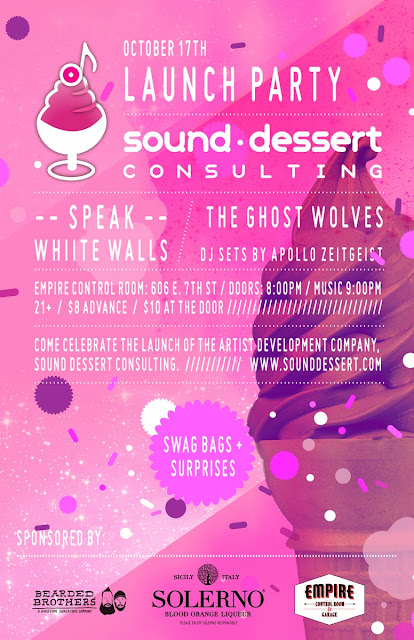 The secret’s out! The surprise headliner for the Sound Dessert Consulting launch party is SPEAK! You’ve probably heard their infectious single “Carrie” on 103.1 iHeart Austin, seen them play an ACL after-party or enjoyed their eye-catching Tumblr. If you haven’t, then you’re really in for a treat. These guys are gonna bring the house down.
Celebrate the launch on October 17th at Empire Control Room
In addition to Speak, these amazing acts will be making magic on stage:

Arrive early to score a SWAG bag and enjoy Solerno cocktails, a beautiful, bold blood orange liquor from Sicily. Complimentary drinks will be featured from 8:30-10:00pm.