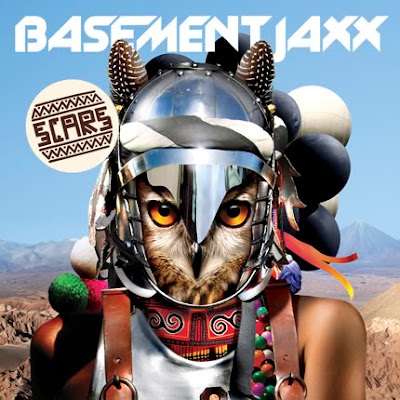 The day has arrived. The release of Scars, the new Basement Jaxx album! Their new single “Feeling Gone” coincides with the release and features the dazzling Sam Sparro (one of 14 guest vocalists on the album)! The video begins with a space-suit wearing Sparro cruising through the galaxy, and lots of hilarious/fabulous animation. All I’ll say is big heads, little bodies. And why are the Jaxx’s dressed in maroon suits? It has to be the size of their bodies and the effects, but all I think when I see them is The California Raisins. You’re probably asking yourself, is this video for real? Yes, yes it is, and for that we can all be thankful.

With contributions from Santogold, Kelis and Yoko Ono to name a few, the album is an eclectic sensation. Why are you still reading this? Go download the new album pronto!