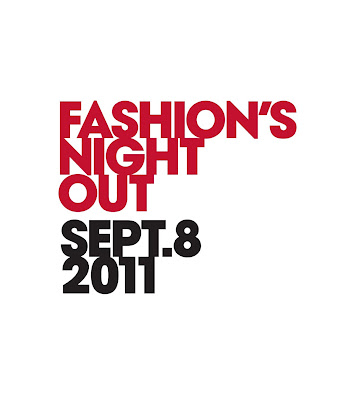 Fashion’s Night Out is tomorrow night. Here is the rundown of some not-to-be-missed shows happening at some of the chicest shops in NYC. Manage your time appropriately.

Beth Ditto @ MAC Soho
Kick off the night at M·A·C’s Soho store starting with the soaring vocals of Beth Ditto, the fiercely bobbed fashion go-go girl whose talents as sultry singer and muse own the stage and rule the runway. Enjoy backstage makeup touchups with a M·A·C artist and listen as Ditto unleashes her magic on the mike in a special 3 song set… Fashion’s Night Out with M·A·C? Ditto that! 109 Spring Street | 8:00pm to 9:00pm

Karaoke With Backstreet Boy AJ McLean @ Kiehl’s
That’s right ladies and gentlemen, Backstreet Boys AJ McLean will be will be warming up his pipes at Kiehl’s. He’ll be singing at the beauty brand’s karaoke party, open to all. Start practicing your moves now. Complimentary carnival food/beverages and raffle prizes. 109 Third Avenue | 6:30pm.

White Rabbits, Bear Hands and Lissy Trullie @ Rockefeller Center
The experience will feature live music at The Rink Bar with performances by WHITE RABBITS, BEAR HANDS and LISSY TRULLIE, a live fashion presentation including clothing and accessories from the Center’s retailers and a Fashion’s Night Out step & repeat backdrop where visitors will be made to feel like celebrities as they pose for photos. 30 Rockefeller Plaza | 6:00pm to 11:00pm

The Pierces and Penguin Prison @ AllSaints Spitafields
For FNO, folkie sisters The Pierces will be playing at the Soho store, while electro pop’s Penguin Prison will perform in the Meatpacking District.
512 Broadway, & 415 West 13th Street | 7:00pm to 11:00pm