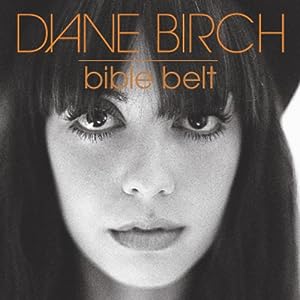 If you haven’t heard of Diane Birch yet, you’re about to be enlightened. Discovered by Prince in a lowly piano club in Los Angeles, the stars have since aligned for this soulful songbird. The daughter of a preacher-man, Birch incorporates gospel and blues elements into her soft poppy renderings. Her powerful pipes even landed her a slot opening for Stevie Wonder, and she has since traveled the world touring nonstop.

Born in Michigan, Birch lived in Zimbabwe, Australia and South Africa by the age of ten with her missionary parents, before settling back in the states via Oregon. Once she was old enough, Birch decided to follow her dream, and moved to Los Angeles, The UK and New York respectively, pursuing her art and seizing every opportunity that appeared. The weight of these experiences can be felt in the beautiful ballads on Bible Belt.

On the album title, Birch notes, “The idea of Bible Belt has a layered kind of meaning for me,” explains Diane. “Because my dad was a preacher, the very religious upbringing I had made a huge impact on my life, in a very restraining and constricting way. I’m constantly talking about heaven, angels, and forgiveness. I’m hugely inspired by church hymns — their chord structures, their colors. It was a form of constraint for me as a child but now I see that it has fueled my creative fire.”[via www.dianebirch.com]