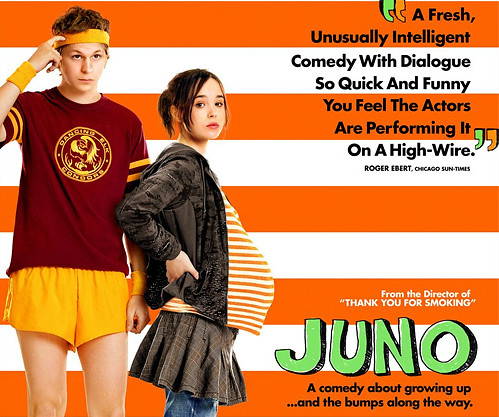 After the success of the film and its subsequent soundtrack, an additional slew of songs has been compiled under the album title: Juno B-Sides: Almost Adopted Songs. The songs will be available on iTunes April 8th. Juno fave Kimya Dawson along with Belle and Sebastian, Buddy Holly and Yo La Tengo to name a few, will be featured on the album. The starlet herself Ellen Paige will also appear on the track singing “Zub Zub” a satirical number about Juno, Paulie Bleeker and the “doodle that can’t be undid.” The number, initially worked into the movie, was later cut for time. In the song, Paige eloquently describes the night she gets knocked up singing “he filled me with baby batter, then we ate some orange tic tacs after.” For the Juno lovers out there it is definitely an entertaining addition to the movie. It will be interesting to see how well this album fares compare to the movies original soundtrack.

On a slightly less relevant note Planned Parenthood somehow found my e-mail and has been spamming my inbox lately…however I must say their clever alliteration tactics do catch my attention, their latest email reading “Common sense, condoms and comprehensive sex-ed.” I mean who’s not going to look that over twice? Inside the newsletter there was a section boasting about Juno mentioning Planned Parenthood in the movie as the place to go for professional help. Ahh Juno, enlightening the world about pregnancy and indie music one viewer at a time.