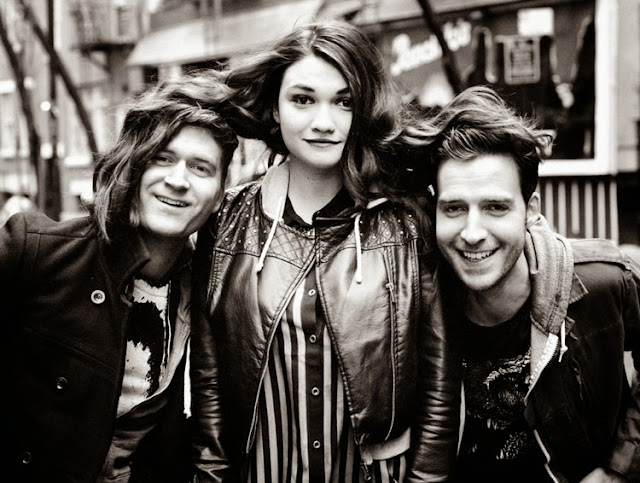 NYC natives MisterWives make enchanting indie songs that turn first-time listeners into quick converts. How quick exactly? For starters, they formed in late 2012 and lead singer Mandy Lee recently quit her day job to do the music thing full-time. You can now catch them on the road playing with Half Moon Run.

Speaking of Mandy Lee, wait till you get a load of that voice. The singer studied opera at NYC’s LaGuardia high school which seems to add a unique style and approach to her sound. FYI the MisterWives moniker is a play on “sister wives” and the fact that Lee is the only female in the band. Clever, huh?

MisterWives plans to release an EP soon followed by a full-length.