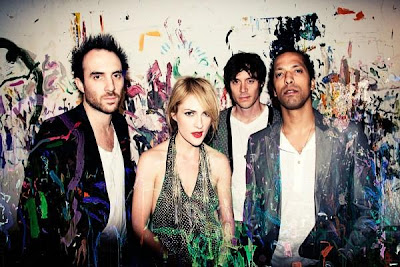 I’ve been listening to a lot of Fantasies lately…Metric’s new album that is. Energized and beguiling, it is the perfect music fix. I can thank Metric for keeping me awake in my attempts to study for finals this week! Want something loud? I recommend blasting “Sick Muse” or “Help I’m Alive.” The first two tracks on the album, they also happen to be my personal favorites. “Sick Muse” especially, with its undulating melodies, accelerating through the chorus, slowing down and then building back up again. I love the teaser in the middle: the music pauses for a second making you think the song is over, only to start back up again. One critic described the album as “A densely textured modern mix of psychedlia, electro and rock, this album s dream like quality stays true to the bands aesthetic while venturing into more accessible musical territory.”

Refreshing, fun, I say it makes a great soundtrack for the summer.