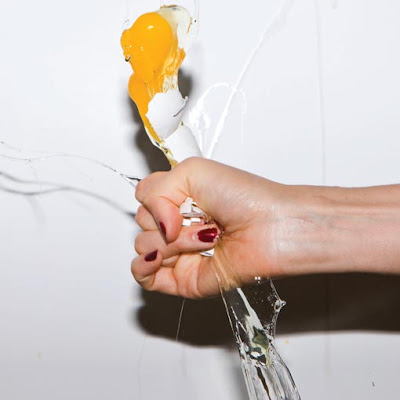 It’s Blitz! is the new album of the oh so infectious Yeah Yeah Yeahs, set for release April 14th. I can’t help but wonder if they were on a gory horror movie binge when making this album with song titles like “Heads Will Roll,” “Skeletons,” “Hysteric,” and “Dragon Queen.” The first single, “Zero” is methodical yet haunting, with Karen O hitting high notes reminiscent of The Darkness or Scissor Sisters. “Heads Will Roll” is a ghoulish Alice In Wonderland anthem as Karen O cries out “Off with your head/Dance ’til you’re dead.” I just picture the Queen of Hearts yelling at her playing card attendants as they scramble to paint the white roses red in the garden.

Nick Launay and TV On The Radio’s David Sitek produced the album. The band will be touring in Europe beginning in April. Hopefully they will list some US dates soon as well! Its Blitz! is an aural attack where the only amnesty is to push play. again.