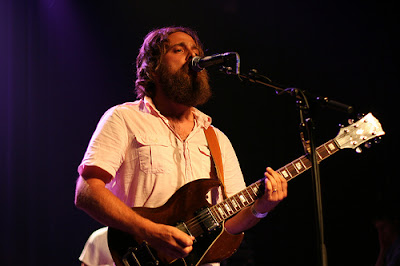 Three years since Samuel Beam, the emotive crooner better known by his stage name Iron and Wine, released the arresting The Shepherd’s Dog, the singer has now returned and is ready to release a new record titled Kiss Each Other Clean.  Watch out for it early into the new year – January 25 to be exact!  I mean really, what is better than curling up on the coach with hot coca and a little Iron and Wine as you hibernate from the blustery wind and snow outside? That’s what I thought.

He just released his single “Tree By the River” which you can download in exchange for your e-mail here.  On the sound of the new record Beam says its more poppy this time around and that “It sounds like the music people heard in their parents’ car growing up.” Oldies? I love oldies. This should be good.

P.S. does this album title make anyone else think of cats?