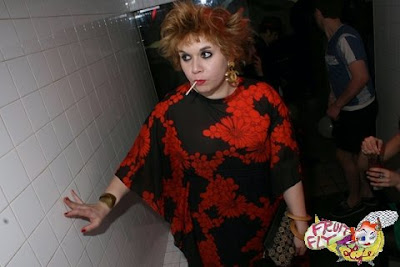 Attn: Please find below an interview with the fabulous
Miss Courtney Nichols of “couture persuasion” and west coast origin. She wears many hats of the music, fashion, gender studies and journalist nature. For this interview we (you guessed it) focused on music, particularly the revival of disco, among other things:

Sound Dessert: To start, describe yourself in 5 words or less.
Courtney Nichols: Jew in costume.

SD: Tell us about your blog!
CN: Fruitflylife.com is a Web site focused about men and women who question pre-supposed gender roles. Originally based upon the gay community I have expanded my Web site to include all sectors (sextors) of a culture where the radical minority attempts to infiltrate the conservative majority.
SD: How Barack Obama of you.
CN: I get that all the time!
SD: Really?
CN: No.

SD: You said Disco returned June 14th, tell us about that.
CN: I think music is moving towards an era of hedonistic dance influenced rhythm based tracks.

SD: What led to the revival?
CN: A band that I can sense as the core of the revival of disco is Hercules and Love Affair. However you can see the impact of disco on such bands as The Juan MacLean, Crack and Smack, all DFA recordings and the Williams specifically the song “Love on a real train.”

SD: What would you consider an iconic disco song?
CN: My favorite disco song, hands on the table, is by far “Finally” by Ce Ce Peniston. But I have three other favorite disco songs so get ready: “Star Love” by Cheryl Lynn, and then “Love Hangover” by Diana Ross and “Native New Yorker” by Odyssey.

SD: Is disco here to stay?
CN: I would hope so. I am a huge advocate for pleasure based counter cultures and I think disco is the epitome of such. 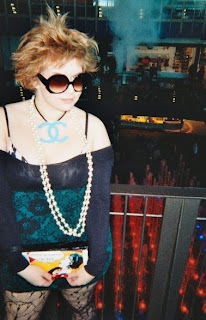 SD: Where do you see music in 5 years?
CN: I know many would think that noise music is the future of music but how can noise music be the future if it’s already here? But I think that something that we’re going to return to is the credibility of people who can actually sing. The synth has been relied on for too long, its time we return to pure vocal.
SD: Jay-Z couldn’t say it better himself!

SD: How do you feel the recession will impact music?
CN: This is another reason why I think disco is making a comeback. People need distractions and disco provides a lifestyle that ignores realities.

SD: What do you feel is missing from music?
CN: Dance floors.

SD: Who are your 3 must listen to artists right now?
CN: Pretty Lights, A DJ who does the jam band festival circuit who is other-worldly. Florence and the Machine. But mostly I would go towards–it’s not an artist—but Macho City Newsletter out of London does hour long compilations of their favorite tracks of the moment, and right now I am very much into hour long mixes.

SD: Any shows lined up for the summer?
CN: Mostly my summer is festivals so I am attending Rothbury Festival in Michigan, Wanderlust in Squaw Valley which combines a yoga retreat with an artist line up. So you do yoga for 5 hours and then see Andrew Bird, or do yoga for five hours and then watch the Decemberists perform. And then Outside Lands in Golden Gate Park.

SD: Mosh or rave?
CN: Wait–I think this is my favorite question ever. Rave!

SD: So you’re traveling across country this summer. What is your quintessential summer road trip song?
CN: “Steppin’ Out” by Joe Jackson is my favorite driving song. However if I am in emotional turmoil I am always going to turn to “Hands Clean” by Alanis Morissette

SD: If you could interview anyone in the biz who would it be?
CN: I always wanted to interview Little Richard, however a sick sad part of me wants to grill Lady Gaga because I truly believe I could have been her.
SD: Yeah you’ve gone through what she has…plus you’ve been pantsless long before she has! (One must understand that I have never seen Courtney in pants she is strictly a skirts and dresses kind of girl (and as for undergarments…their optional)).
CN: I know, totally!

SD: Do you have any thoughts on the drama between Perez Hilton and Will.I.Am?
CN: I personally think Perez Hilton is disgusting because unlike other gossip blogs like Dlisted, Perez Hilton will kiss the ass of any sponsor or anybody who backs him. So even though he’s a bitch to some, if he knows he can get something from somebody else, he’ll back their name. I will never be a fan of the Black Eyed Peas or of Will.I.Am ‘s period use in his title, but I am going to have to side with him.

SD: So the answer to this is pretty obvious, but, NYC Prep or NYC Housewives?
CN: NYC Housewives mostly because they represent the Jews
CN: I have the longest hair on my toe…..by the way (you should include that in the interview)
SD: Haha done 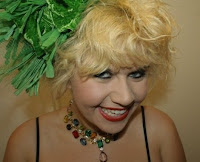 SD: If you were an iPod Shuffle what would you play?
CN: My favorite album of all time is Paris by Malcolm McLaren so I would love to, in my iPod, shuffle trace the history of french music.

SD: Over the years you have died your hair almost every shade, so who has more fun?
CN: For me it depends on the season. Blondes do have more fun in summer but brunettes have more fun in winter.

SD: How would you say the music scene differs in the east coast compared to the west coast?
CN: I am going to use San Francisco as an example. It was typically considered that nobody of any importance goes to San Francisco. However I would prefer to have lesser knowns playing at smaller venues, than bands who I adore yet are undeserving of big venues, IE Bjork and Kings of Leon at Madison Square Garden, selling out those arenas. I think its disgusting. However my two favorite venues in the world are in San Francisco and New York and those would be the Great American Music Hall in San Franciso and Bowery Ballroom in New York. I think both are extraordinary examples of where music should be played.

SD: Where do you see yourself if 5 years?
CN: In exactly five years from today on June 25th, 2014 I will be in a trailer park in the middle of the Mojave Desert sippin’ on Mai Tai’s, giving an exclusive interview to Dazed and Confused magazine out of England.

SD: Any famous last words?
CN: Right now the only thing on my mind is the release of the new Basement Jaxx CD in September and everything else pales in comparison!

For more of Courtney’s musings check out her brilliant blog at fruitflylife.com!

And thank you Courtney for your time and insight!