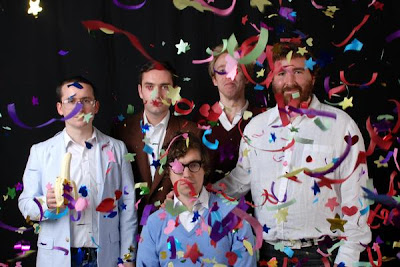 Mark your calendars people, Hot Chip have a new album coming out, ready for your listening pleasure February 8th! One Life Stand, the bands 4th studio release already sounds divine, as you can sneak a peek at what the album has in store through their newly released single “Take It In.” And you will be doing just that. These juicy electronic-synth combinations will leave you in anticipation for more!

The band describes the new album on their Facebook page saying, “‘One Life Stand’ is a full-blooded leap into the unknown, an album that is awash with Hot Chip’s trademark creative bravery and a searing emotional intensity from first track to last.”

I can’t wait for the album to come out!

Listen to the new song here! What do you think of the single??

Will post more updates as I get more news!