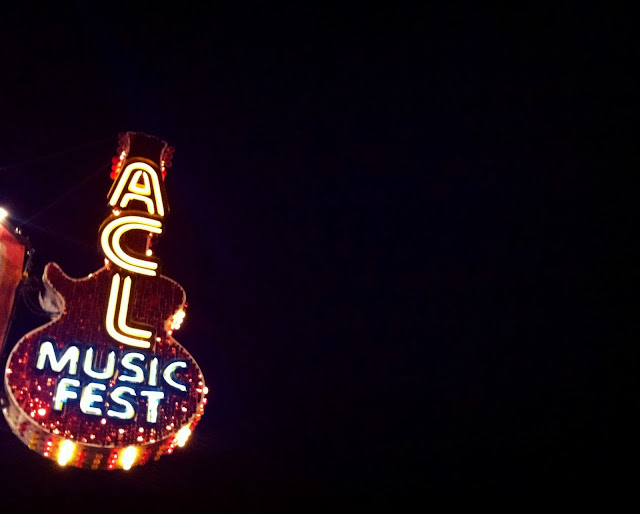 Three days of music, fashion and sun. It’s all a blissful blur, here’s a few things that stood out most during weekend one of ACL Festival 2013:

Arctic Monkeys
Even though I’ve been listening to Arctic Monkeys since their debut release, Whatever People Say I Am, That’s What I’m Not, this was my first time seeing them live. They were every bit as good as I hoped they’d be. Not wasting anytime, the guys opened with their summer hit “Do I Wanna Know?”, following with a good mix of old and new including crowd favorites, “I Bet You Look Good On The Dancefloor”, “When The Sun Goes Down” and “Why Do You Only Call Me When You’re High?”. I wanna know when I can see these lovable Brits again.

MS MR
MS MR’s debut album Secondhand Rapture has been on heavy rotation at Sound Dessert headquarters this year so I was looking forward to their set. I didn’t really know what to expect but they exceeded my expectations. Lead singer Lizzy Plapinger total delivered, sounding just as good live as on record. Not to mention her amazing style: bright green hair, a black cut-out body suit and chunky white heels. It was a fresh take on punk that she totally rocked.

Halfway through their set MS MR covered LCD Soundsytem’s “Dance Yrself Clean” which got everyone on their feet. The duo has amazing stage presence and their energy is infectious. They were so happy to be in Austin and playing ACL. Lizzy warned that they might even move, take note Austin.

Fashion
The afternoons were boiling and there wasn’t much in the way of shade so festival goers were in minimal clothing. I noticed people rocking similar shirts including: a lot of Brooklyn T’s (no word on whether they were actually from NYC), Tupac,  MTV, and the most crop tops I’ve ever seen. But hey if you got it, flaunt it. Right?

Foxygen
I saw Foxygen play SXSW and wanted to see them again, because one never knows what to expect from Sam France and that, of course, is part of the fun. This time around in between songs, Sam was talking about money and the trouble with buying organic vegetables (they’re so much priceier than the vegetables with chemicals in them). The lineup was a bit different from the show I caught during SXSW but they still sounded good. The set was cut a bit early though, when Sam got frustrated with society and its expectations and walked off.

The Cure and Depeche Mode: I love everything 80’s and getting to see these two live in the same weekend was a dream.

Lissie: talking about becoming friends with Kid Cudi and covering “Pursuit Of Happiness“

Lionel Richie
Finally, the man I was looking for, the man of Sunday night (if you weren’t across the lawn at Atoms For Peace), Mr. Lionel Richie. Looking sharp in leather pants and matching vest, Richie had festival goers swooning over his hits. All inhibitions were lost when “Dancing On The Ceiling” came on. Dance we did. Richie closed the hour and a half set with (of course) “Hello” and “All Night Long” before finishing with the song he wrote with Michael Jackson, “We Are The World.” I couldn’t think of a better way to end an epic weekend.

I can’t wait to do it all over again. Let the countdown to next year begin!