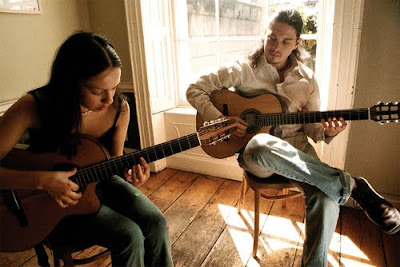 The amazing duo Rodrigo y Gabriela just announced a US tour and have a new video out for their single “Hanuman,” which was inspired by Carlos Santana. What is a Hanuman you ask? According to my Google search it is a Hindu monkey deity.  The song evokes the playfulness of a monkey, and the soulfulness of the iconic Carlos Santana. Vibrant and fresh, it’s a lively song, and the video was shot in idyllic near Zihuatanejo.

The guitar whisperers having taken America by storm playing everywhere from the White House to The Tonight Show with Jay Leno to selling out Radio City Music Hall.  Their talent is undeniable, playing together with such seeming effortlessness and grace. Soak in the sounds of Mexico and check out their latest album 11:11 out now.