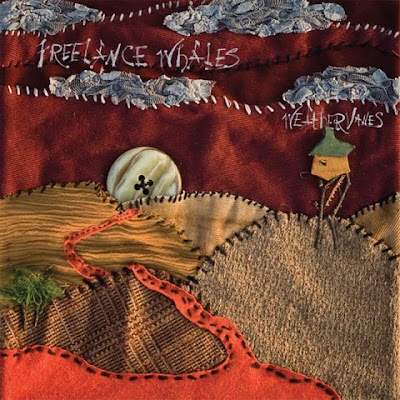 The Freelance Whales are (pardon the obvious pun) making a big splash.  But seriously, in less than two years (they formed in late 2008) they have garnered press from major music blogs and magazines, watched their fanbase expand, and have gone from playing their first gig in a dilapitaded geriatric ward in Staten Island, to performing at major music festivals Sasquatch and SXSW.  Talk about making waves.

This talented and multi-faceted band can be caught playing a range of instruments including the harmonium, banjo, glockenspiel, synthesizers, guitars, bass, drums, and waterphone.  Maybe that’s where the group got freelance from, their seamless ‘freelancing’ from one instrument to the other. Full bodied arrangements mixed with soft, delicate vocals create a sound that clearly makes this band stand out. Watch them perform the song “Generator Second Floor” below:

The Freelance Whales’ E.P. Weathervanes is available now.  The band embarks on a national tour this week With Cymbals Eat Guitars & Bear In Heaven.  Look out for them coming to a city near you.  NYC kids can catch them April 9th at Music Hall of Williamsburg and April 13 at Bowery Ballroom.  And if you live in Williamsburg, you make just catch them playing in the subway.