The Grammys garnered a whopping 28.5 million viewers on Saturday night thanks to the mega hot lineup of performers including Beyonce, Lorde, Sir Paul McCartney and Ringo Star, Daft Punk and many more. With so much going on, here’s a few details you might’ve missed:

1. Mackelmore and Ryan Lewis’ “Same Love” Marriage Ceremony Was A Family Affair.
Ryan Lewis’ sister Laura and her boyfriend were one of the 33 couples married during the “Same Love” performance officiated by Queen Latifah. 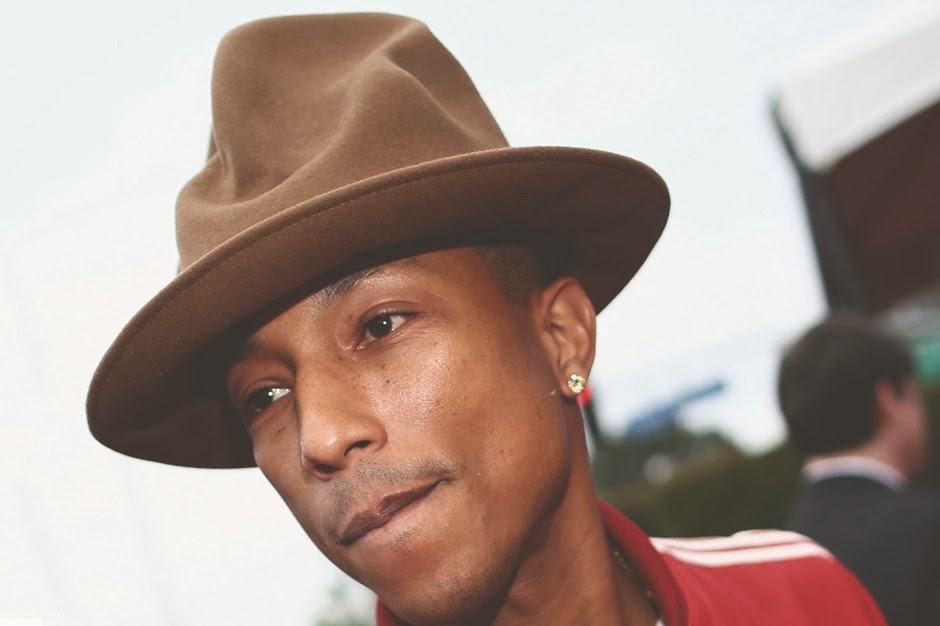 2. Pharrell’s Culturally Significant Hat
There’s much more than meets the eye with this over-sized accessory. The hat was designed by punk fashion icon Malcolm McLaren for Vivienne Westwood’s “Nostalgia of Mud” collection back in 1983 (McLaren and Westwood were an item at the time).

Known as the Buffalo Hat, it also has roots in hip hop as it appeared in Malcolm McLaren and the World’s Famous Supreme Team’s music video “Buffalo Gals” also in 1983.

Furthermore, The Grammys was not the first time Pharrell rocked the head piece. 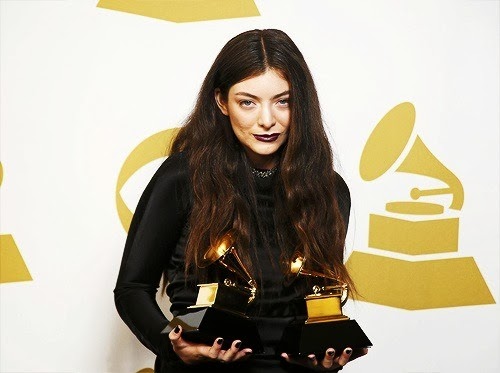 3. Lorde Makes History With Grammy Win
The 17-year-old Kiwi is the youngest artist to win Song of The Year for her hit “Royals”. Lorde also took home a Grammy for Best Pop Solo Performance. For the special night she decided to mix up her look, trading her signature mermaid curls in favor of loose waves (also a first for the singer).

4. Beyonce Was Drunk In Project Runway Couture
That gorgeous white and nude floral dress Beyonce changed into after she opened the show with a flawless performance of “Drunk In Love” featuring hubby Jay Z? That was designed by Project Runway season 8 alum, Michael Costello! He discusses the dress, like how the hem was made out of horsehair wire, in this interview with the LA Times.

It should be noted that Bey and Jay were actually drinking in their seats while everyone else was alcohol-less, because they are royalty, obvi. #bowdown 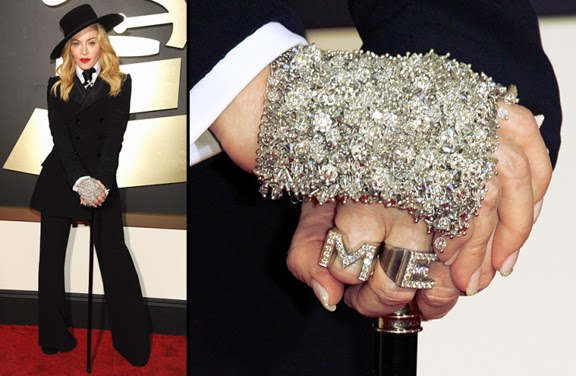 5. Madonna’s Cane Was Not Purely Decorative
If you thought something seemed off with the singer your suspicions were correct. She recently suffered an injury from dancing in high heels and needed the cane to support herself. Once she got confirmation of her Grammy performance she Instagramed, “It’s official! I’m off my crutches and I’m looking for the perfect pair of heels to wear to the Grammys.” Even so, she seemed a little under the weather, didn’t she?

This red carpet moment brought to you by Katy Perry