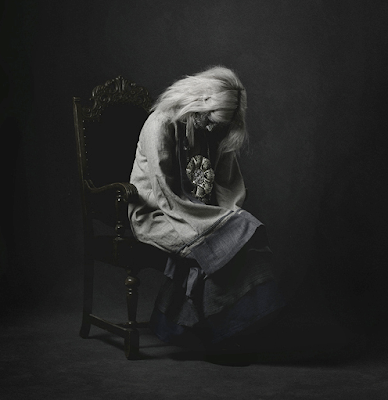 The Knife has lost its edge. Karin Dreijer Andersson, one half of the Swedish electro-duo, has branched off and released a self-titled solo album under the alias Fever Ray. The album is exquiste. Andersson’s eerie, haunting voice is infatuating. I play one track and can’t seem to stop myself from listening to more. The name Fever Ray fittingly compliments Andersson’s artistic expression and electric-ambient composition.

Anderrson describes the creative process behind the album on her Web site saying: “Half of what the songs are about is the subconscious,” she says, “ideas of things happening. A lot of it is like daydreaming, dreaming when you’re awake, but tired; a lot of stories come from that world.” You can find yourself lost in your own thoughts and interpretations of one song, and mulling over the significance and meaning of another.

The Guardian sums up the effort with one word: triumphant.
“As unlikely a step as Fever Ray may seem for one of electronic music’s most enigmatic figures, the results are triumphant.”

Songs of note:
When I Grow Up
Leave The Streets Empty For Me
Triangle Walks