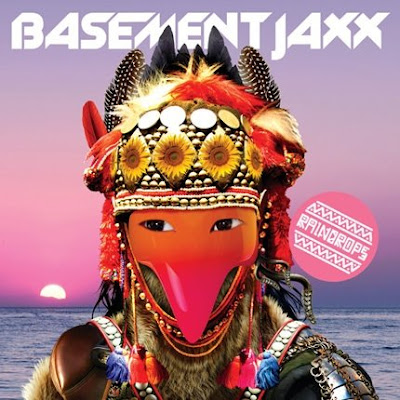 Basement Jaxx have been working on a new album, Scars, which is set for release in September. The single “Raindrops” is circulating around the blogosphere in the meantime. The song sounds more experimental then their techno dance-heavy hits like “Where’s your heat at” and “Red alert.” “Raindrops” slows things down a bit and escalates the vocal pitch, sounding a bit computerized at times. There’s a good base beat to the song though–strong remix potential i’d say.

The kaleidoscopic music video looks like a masquerade-themed rave on drugs…pretty much. You’ll get the idea after watching the video. Though I have to say the whole tribal thing (headdresses, body paint) reminds me of MGMT and now Empire of the Sun…I like it but its starting to feel a bit overdone