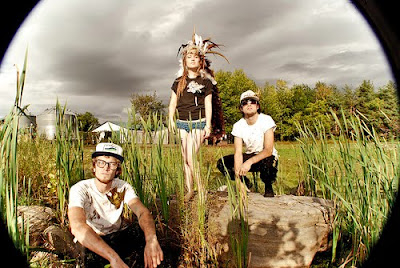 Two guys and a girl, more formally known as La Patère Rose are shaking things up in Montreal.  French singing and pop swinging, this band is fun, flirty and feisty.  Lead singer Fanny Bloom has a soft fuzzy voice, which occasionally escalates into girlish squeals in her songs.  While trying to figure out the bands background is a little difficult (their web site is in French) there’s no mistaking the talent and energy radiating from La Patère Rose’s self-titled debut album.  The band is currently touring around the great Canadian terrain like crazy, but I’m sure it’s only a matter of time before they cross the border into the states!