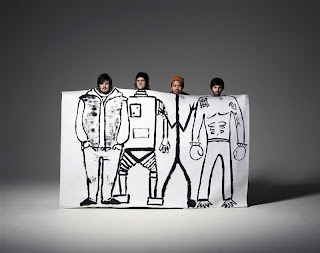 A building of chords, a steady falsetto–ten seconds into the song and chances are you’re hooked. The summer anthem “Sweet Disposition” by the The Temper Trap has captured the music world’s attention. If you’ve seen 500 Days of Summer, this song has likely seeped into your subconscious, giving you pause to place its familiarity. Yes, that sweet little, not-a-love-story, indie flick staring doe-eyed Zooey Deschanel and handsome Joseph Gordon-Levitt, has helped put The Temper Trap on the map.

Tell you more? The boys hail from down unda’, Melbourne to be exact. They performed at SXSW to glowing reviews and have also received acclaim from the BBC. Oh yeah and they love “The Lady Is A Tramp” and The Parent Trap. Something about those T’s…

The band is touring around the UK this September, followed by a North American tour beginning in October. For the full concert schedule click here. Look for their debut album Conditions, set for release October 13th in the US.