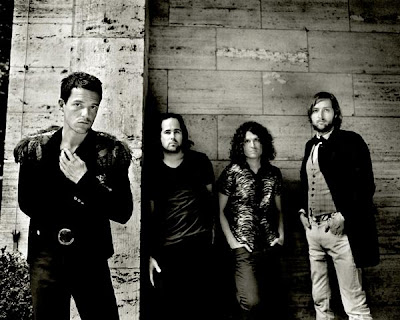 My favorite Mormon rockers from glittering Sin City have returned! The Killers are set to release a new album, Day & Age, in November. Their single “Human” was released this week and debuted on the Billboard charts at number 13. The Vegas boys have been a bad influence on me, and I must confess, I have sinned. Lusting over lead singer Brandon Flowers. Gluttonous in my repeated playing of their music. Greedy in my quest to get my hands on tickets to their concert. Envious of their bewitching stage presence. I no doubt will succumb to such vices again upon the release of their new album.

Said to have more of a dance flare than Sam’s Town, I am looking forward to feasting on what should be another devilish success from the dynamic force that is The Killers.