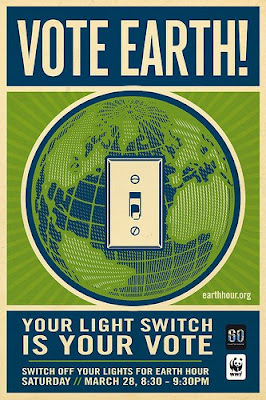 Earth Hour was on March 29th, where major cities and individuals around the world, were urged to turn their lights off for one hour in support of the environment. The effort was an incredible success as participation continues to go up every single year. With effective campaigning the organization has seen participation grow from 2.2. million in 2007 to billions this year in 2009. Alanis Morissette was involved in promoting Earth Hour and created this PSA for the event. It is hilarious. You can always count on Alanis to do something out-of-the-box, and amazingly she always pulls it off.