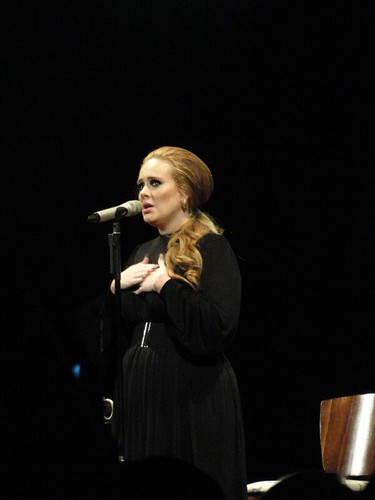 Many Adele fans have been deprived of seeing the singing-sensation live this year, as the vocalist was forced to cancel many of her tour dates due to undergoing surgery for strained vocal chords. While she’s expected to make a full recovery, she won’t be taking to the stage before the new year. However, there is one live show fans can catch: Vevo captured beautiful footage of Adele performing live at The Royal Albert Hall in London this September. You can watch a 25 minute preview of the performance below, sprinkled with Adele’s wonderful anecdotes in between songs. The entire 90 min concert performance is available on DVD with a live audio CD starting tomorrow (11/29).